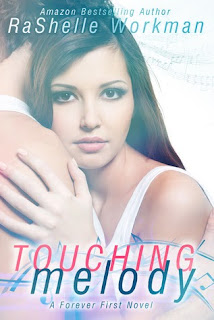 Sometimes life isn't pretty, but you have to close your eyes and let go...
***************
Maddie Martin's first weekend at college is nothing like she's used to. It's wild, like the wilderness on which the University of Bellam Springs sits. Roped into going to a fraternity party, she literally runs into Kyle Hadley. The boy she's loved since she was nine. The boy she promised all of her firsts to. But that was before his father killed her parents.
Determined to stay away from him, she throws herself into her music. Practicing piano eases her heavy heart, calms the sadness, and pushes away images of Kyle's face.
Until it doesn't.
Her music professor asks her to play a duet for their annual Winter Gala. Doing so means she'll be assured another full ride scholarship. It's an opportunity she can't pass up.
But Kyle is the other half of the duet. And that means hours and hours of practicing.
Weeks of seclusion - just the two of them. And it's more than just music. It's passion like Maddie never believed was possible.
The inevitable happens. She falls in love with him all over again.
But, will loving him be enough to erase all the hate in her heart for his father? Can she look at him, and not see the evil in his family tree?
And maybe it's all a set up. Maybe Kyle is only pretending to care so he can finish what his father started, and kill her too.

It’s obvious how naïve I really am. I had no idea people did stuff like this. Living with my aunt and uncle was fine; they took care of me, gave me affection, but I was also home-schooled, kept in a pampered prison. Up until this moment my only social life was therapy sessions, piano recitals, and a yearly visit to the tattoo parlor.
The atmosphere around me is everything I never imagined. And I think I might like it.
“Come on, let’s get drunk and do something stupid,” Gina says excitedly.
I follow her, trying hard not to run into anyone, but it’s difficult. People are everywhere. Gina moves ahead of me, her lithe body sliding around people like they aren’t even there.
In the living room is a ratty green couch. Around it is a lot of commotion. People cheering. Bewildered, I stop to watch. A guy kneels on either side of the couch. Two girls sit down. The guys tilt the couch back and two more guys pour white liquid down the girls’ throats. Students are chanting: “Go. Go. Go.”
A couple of seconds later the guys on either end of the couch tilt the girls back up. The girls look flushed, their eyes glassy. Giggling, they wobble as they stand and stumble away. Two more girls take their places and the guys repeat the process.
If that’s what Gina means about couch shots then she can call me Maddelena for as long as she wants. I turn away, looking for my roommate, and she’s in my face, two cups of the red liquid in her hands.
“Here you go, Maddelena.”
I take the cup from her and sniff. Orange, lemon, and lime chunks are floating on top. It smells like gasoline mixed with citrus. “What is it?”
“It’s called Jungle Juice.” She tips the cup and chugs down the whole thing, takes out a piece of fruit, and bites the fruit off the rind. “Ahhhh, this stuff is good. Try it.”
I bring the glass to my lips and take a sip. It burns all the way down, but in a good way. It’s sweet and painful. As though it’s telling me to enjoy the scorching. And I do.
I pull the cup from my mouth, and look at Gina. My eyes are wide with surprise.
“It’s good, right?” Gina asks with a knowing smile. “It is,” I say, taking another drink, this one larger than the first. My insides warm and open and relax and sigh all at the same time. I chug down more.
“Welcome to the best part of college,” she says, touching her cup to mine with a plastic clink.

Check out the rest of the tour for more excerpts and reviews!

Much Love!
Lettie
Xxxx
Posted by Lettie at 2:00 pm