So many Christmas novellas around at the moment! They are perfect for getting you in the Christmas mood. 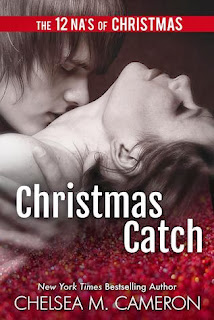 Two years ago, when Ivy Emerson bailed from the tiny fishing village she’d grown up in to go to Columbia, Sawyer McCallister was the only thing she was sad to leave behind, and she still didn’t look back. But when her mother guilts her into coming home for Christmas, she crashes headfirst into Sawyer, who’s also returned after being away.
Now that they’ve both been dragged back to Saltwater, Maine, they might just realize it’s where they belong. Together.
Thoughts!
Christmas Catch is such a perfect festive read. Ivy has finally headed back home for Christmas after avoiding it for years and who does she bump into but her high school sweetheart! I loved the familiarity between Sawyer and Ivy and how they were forced together by coincidence and family. I liked Ivy's family, her siblings seemed very different from her and her mum was so witty. I especially enjoyed the end!

A Season for Hope 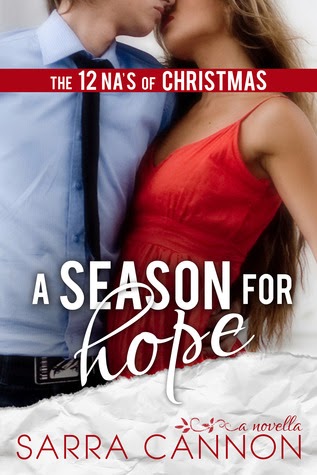 Being dumped just before the holidays was my worst nightmare. I’d spent so many years thinking Preston Wright was the one for me that when he told me it was over, I thought I’d rather die than face the future.
I never expected someone like Judd Kohler to come crashing into my life. Literally. He was coming out. I was going in. My face got in the way. You get the picture. It was an accident. Running into him twice in one day, though? It started to feel like fate.
My mother always says Christmas is a magical time of year. A season for hope. All I know is that just when I thought I’d lost mine, hope somehow found its way back to me.
Just in time for Christmas.
Thoughts!
I quietly enjoyed the first instalment of the Fairhope series but I did not like Bailey! However she was much more understandable and likeable in this novella. To begin with I found her very naïve towards Preston, she seemed to hopelessly have faith in their relationship. Preston himself came off even worse, he seemed like a guy who had cheated on the girl he loved with Bailey and then just strung her along for years with no intention of the relationship really progressing allowing her to centre her whole world on him. This made Bailey's very dramatic reaction to their break up partially understandable although she was quite pathetic! I loved Judd I thought the way he pursued Bailey despite her obvious rebound issues was very well done. He seemed to be exactly what Bailey needed, he allowed her to be herself but was firm when she started to faltered. I really enjoyed this novella- in fact I ended up buying the next Fairhope book straight away!