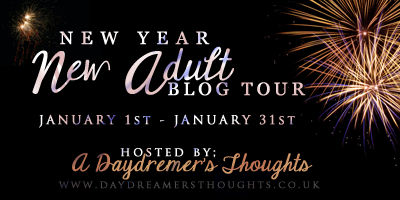 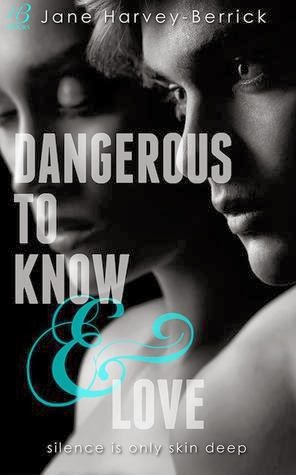 Silence is only skin deep.
Nineteen year old Daniel Colton is the guy all the girls want to date, and the man all the guys want to be. Moody, with an explosive temper, closed off and sullen, he’s also beautiful, tatted in delicious ways, with a pierced eyebrow and spiky black hair. It’s rumoured he has piercings in other places, too. Is he really mad, bad and dangerous to know?
Daniel lives with his older brother, Zef, and their home is party central. You want drugs, a good time, liquor, no questions asked? Colton’s is the place to go.
When Daniel and good girl Lisanne Maclaine have to work together on an assignment, Lisanne finds there’s a lot more to the college’s bad boy than his reputation. He’s intelligent and funny and good company. And then she discovers his secret, why he’s so closed off to everyone, and determined to keep people at arms’ length. But being his secret-keeper is harder than she ever dreamed.
What I loved:
Daniel- I loved Daniel's character. He had an sort what unfair background but I liked how he hard he worked. I liked his relationship with his brother Zef. They were so different and the relationship was a bit dysfunctional however it grew as Daniel began to understand some of the burdens Zef felt and as Zef learnt to be Daniel be himself a bit more and make new friends etc. More than anything I really enjoyed the journey that Daniel went on, he learnt to accept who he was, take advice and help from others and to let people in.
Daniel's Secret- I loved this! Such a great and unique issue* to tackle in New Adult contemporary fiction. I found the way it was explained and explored informative and realistic. I loved the progression throughout the book and how Lisanne encouraged him to share his secret with his new friends, their non fazed reactions were realistic and showed Daniel that he could be accepted. It was heart breaking to see how much h's secret had slowly taken away his ability to engage with his passions, such a genuine expression of what many people face. I really enjoyed how Daniel started to accepted himself and make his own decisions relating to his secret calmly using facts and his ambitions to guide him. Once again an issue that needs more attention in fiction and an informed portrayal.
Side Characters- I really enjoyed all the well written side characters! Lisanne's parents were obviously a bit wary of Daniel to begin with, especially with how they first met him! I liked how her mother tried to take a more levelled view of their relationship and held the peace between them all. Lisanne's Dad spent a lot of the book at odds with Lisanne but I admired how he helped Daniel without a second thought and he did eventually accept their relationship! I loved the bromance between Daniel and Harry, Lisanne's brother. Their slightly awkward discussions about girls etc. were fun to read and it showed Daniel as a positive role model. Pops was the most accepting of Daniel and I enjoyed their bonding over Daniel's motorbike. Daniel's family just consisted of Zef. Zef was an interesting character, he could be intensely unlikeable at times but I found myself drawn to him as he had taken on so much so young and he was trying to create a better life for Daniel. I think he ended up in the best place for him to start over and focus on his own life. Lisanne's roommate Kirsty was the complete opposite of Lisanne. Kirsty was loud, fun and very confident, I loved how protective of Lisanne she was and how suspicious she was of Daniel, for good reason! I enjoyed how she stood up for Daniel at the station though, it showed how loyal and fair she could be. Her boyfriend, Vin and his friends were a great group of guys. I loved how Vin was great at judging people such as Shawna and Daniel, he made a great effort at including Daniel even more so after learning about his secret! I could go on and on about the side cast but those were my favourites!

What I didn't love as much:
Swearing- I'm not overly fussy about swearing in books so I was surprised by how much the language in this book bothered me! It just seemed unnecessary at times.