Since Forever Ago by Olivia Besse. 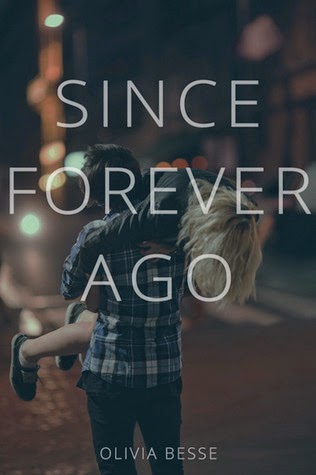 Fresh off the heels of a devastating breakup, Riley Benson is a mess. But with her ingenious plan to become a ball-busting heartbreaker herself, she’s pretty sure she’ll survive. After all, what better way is there to get revenge than to move on?
Riley’s determined to become the perfect bachelorette—she’s going to drink like a bro, belch like a beast and swear so much that she’ll make even the most seasoned sailors blush. After all, those are the qualities that every guy’s secretly looking for…. aren’t they?
Max Fletcher is in love with the girl who gave him chicken pox and his first broken leg. When his best friend seems to finally be out of the picture, he can’t help but want to keep Riley all to himself. And, after coaching her with the very best of the very worst love advice, it seems as if he might actually get what he's wanted after all those years. But just as the two come to the realization that they're actually kind of perfect for each other, along comes a secret that threatens to tear them apart.

Thoughts
Fun quick read. I found Riley quite frustrating and a wimpy if I'm honest but I loved the rest of the cast. Max was such a sweet guy, I loved the way he feed Riley fake advice and how patiently he'd waited for her. He also had a great bromance with Evan who was so witty and had such funny ideas. Riley's housemates were fun as well. I liked how they complemented each other with Liz's sharp manner and Audrey's sweet dreamy nature. I loved how they stood up for Evan to Riley. All in all Since Forever Ago was an easy fun read with a great cast of characters.

Whisper to Me by Christina Lee 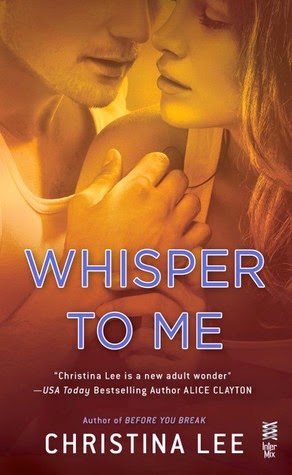 At college, Rachel has a reputation for being a sarcastic flirt with a thing for star athletes. No one at school knows that she’d had her heart ripped to shreds by her high school sweetheart, who’d driven them both off the side of the road on a borrowed motorcycle, and then abandoned her. No one knows the real Rachel Mattson—except one person…
Ever since he helped nurse his sister’s feisty best friend back to health, pierced bass player Kai Nakos has been head over heels in love. But the supposed bad boy can’t risk letting Rachel know the truth—especially now that the two of them are back in their hometown for the summer, together for the first time since the months following that fateful night. Never mind that Rachel’s ex is back, groveling for her forgiveness.
Shaken by her ex’s return, Rachel finds herself turning to the one guy she knows she can trust. Kai is willing to hide his feelings for her, just to have Rachel touch him again. After all, this is only a temporary fling. Until it becomes something more. But maybe it had been more all along.

Thoughts
I didn't realise this was part of a series until halfway through! It didn't really make a different as Rachel is home for the holidays so her college friends only make a brief appearance at the end. I liked Rachel and I especially loved her backstory and how she refused to let it define her. I did find her frustrating at times with her lack of communication! I didn't like how she had kept so many details of her life from her college friends but allowed them to share their dark secrets with her as well as how she'd kept Dakota away from her 'new' life. Dakota was absolutely lovely if a bit controlling, I would like to read a book on her relationship with Shane. Kai, I loved him! Kai clearly felt second best in his family so it was easy to understand why he'd stayed away from home. I loved how protective and caring he was towards Rachel without being overbearing. His love of music featured hevily in the plot and it was interesting to see someone approach music from a different angle than the usual band member plot. I loved that the plot didn't solely revolve around Kai and Rachel. Dakota and Shane were heavily featured as was the Casino and Rachel's mum's business. Kai's career was also central to the plot and I love that he found what he was good at as well as honouring his father's wishes. The ending was perfect, there was resolution, growth and scope for more books on the supporting characters!