Voltion by Lee Strauss: A teaser!

Welcome to my stop on the Perception blog tour! 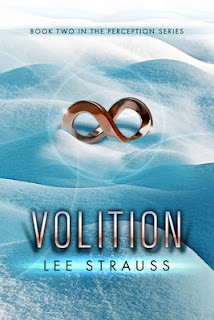 What doesn't kill you...
Zoe Vanderveen is on the run with her captor turned rescuer, Noah Brody.
They're in love.
Or at least that’s what he tells her. Her memories have returned but her feelings are dreamlike—thin and fleeting. Her heart can’t be trusted. Just look at what happened with Taylor Blake.
Senator Vanderveen’s new team of cyborg agents are in hot pursuit, and a reward for their capture is broadcast nationwide. Record breaking cold and snow hinder their escape. Someone dies helping them.
And their fight for survival has only begun.

I've got a Volition teaser for you!


The awkward factor in the small room was at ten, the pressure threatening to pop the rivets in the walls. I lay still as a mannequin in my underwear feeling more naked than if I’d stripped down to nothing. I focused on the bathroom door and forced myself to move toward it, grabbing my clothes along the way. I slipped them on and only noticed that I was crying when my bare arm rubbed against my damp cheek. I washed my face vigorously, hoping to find some dignity under the skin. I shook the Tylenol bottle and swore. Empty. I thrust my shoulders back and left the bathroom. I waved the bottle in front of Noah and flashed him a calloused look. “My head is killing me.” My chronic headaches were a parting gift from my ex-boyfriend who apparently didn’t have any ethical objections to feeding me drugs that erased my memories, and tracked my position. I was off those now, but the headaches remained. Noah opened a canvas bag, obviously a recent purchase, and removed a new bottle tossing it to me. I popped two and washed them back with water. “I bought some food, if you’re hungry,” Noah said, placing items on the platter-sized table. I shrugged. I hadn’t been truly hungry in days, my stomach constantly coiled up like an anxious snake. “And these,” he said. He had a pair of scissors in one hand and a box of hair dye in the other. I pulled out the empty chair, and let my hair fall over the back. “Go for it,” I said. I closed my eyes and waited. Eventually, I heard Noah sigh and push his chair back. He ran his hands through my hair and I couldn’t stop the shudder that shot through my whole being. 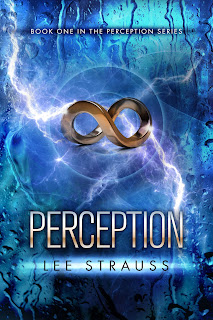 Eternal Life is To Die For.
Seventeen year old Zoe Vanderveen is a GAP—a genetically altered person. She lives in the security of a walled city on prime water-front property along-side other equally beautiful people with extended life spans.
Her brother Liam is missing.
Noah Brody is a natural who lives on the outside. He leads protests against the GAPs and detests the widening chasm they’ve created between those who have and those who don’t. He doesn’t like girls like Zoe and he has good reason not to like her specifically.
Zoe’s carefree life takes a traumatic turn. She’s in trouble and it turns out that Noah, the last guy on earth she should trust, is the only one who can help her.

It's currently FREE on Kobo, B&N, Smashwords and on Amazon!
It's an awesome mix of sci-fi, mystery and romance!

Let me know what you think of it!
Much Love!
Lettie
Xxxx
Posted by Lettie at 6:46 pm