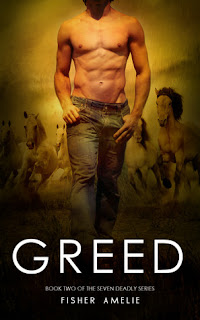 Gather ‘round, love, because I want you. I want what you have, I want what you don’t have, I want more of what I already have. I want. But if you so much as ask for something in return, go ahead and walk away. Know if you want to play in my world, it’s every man for themselves and the weak become mine. Leeches will be obliterated because I make it my job to destroy them. I protect what’s mine and I take what’s yours…because that’s what I do. I want.
My story will not endear me to you and, frankly, I could care less if it does because I’m in this for the money and nothing else. There’s nothing redeeming about me. I’m a corrupt, money hungry, immoral asshole from Los Angeles. I’m every man’s worst nightmare and every girl’s fantasy.
I’m Spencer Blackwell…And this is the story about how I went from the world’s most coveted guy to the guy no one wanted around and why I wouldn’t trade it for anything in the world.

Finally back with my Greed teaser!!