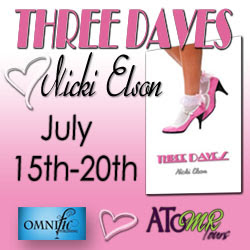 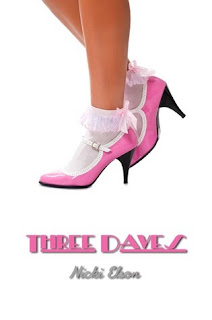 Jennifer Whitney was the last American virgin. At least that’s what she felt like in 1986 as she began her sophomore year at Central Illinois University. She was proud of her decision to wait for the right guy, and yet she was getting restless. It seemed like everyone around her was doing it... and having fun doing it, too. She didn’t want to become the campus slut or anything, but surely there was a difference between a trashy skank and a nice girl with a little experience. Perhaps it was time to stop relying on fate to guide her and instead take matters into her own hands. And with that realization, Jen decided to find “the one” and lose her virginity, although not necessarily in that order...
Nicki Elson has created a heroine that everyone will cheer for as she comes of age in the mid-1980s. Whether you lived through the decade and survived the bad hair and acid-wash jeans, or just heard the wild stories, readers of all ages will identify with Jen Whitney as she searches for “the one,” enjoying her romantic ups and downs, made even more entertaining by Nicki Elson’s amusingly wry sense of humour.

Three Daves is definitely a different New Adult! It is set on a 1980s college campus which changes the dynamics from the technology fuelled 21st century settings we're used to!

Writing wasn't something Nicki set out to do; it just sort of happened when she realized writing reports was by far her favourite part of her investment consulting position. She traded stock allocation and diversification for story arcs and dialogue and now weaves her creative writing time in with the other activities of her busy life with her family in the Chicago suburbs. Nicki writes with two goals in mind: #1 to keep the characters realistic, even when their circumstances are anything but, and #2 to make the reader feel. Her published works include Three Daves, a light-hearted romantic romp through a 1980s college campus, Divine Temptation, a romantic novel of angelic proportions, and short stories “Sway” (available as a single), “I Don’t Do Valentine’s Day” (part of A Valentine Anthology), and “Impressionism 101” (included in the debut issue of Insatiable: The Magazine of Paranormal Desire).

Check out the other stops for reviews guest posts and extracts!