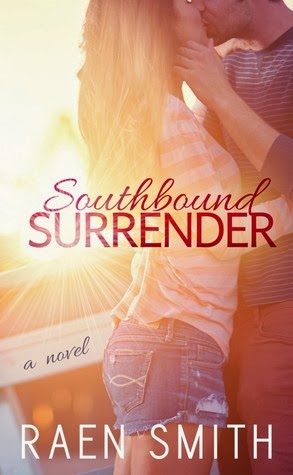 Five days. Fifty square feet. One last shot at love.
Cash Rowland first laid eyes on the tenacious and irresistible Piper Sullivan when they were both seventeen. He falls for her hard and just when he thinks she's doing the same, Piper is torn from his life without warning. She leaves no contact information but only a vague promise of fate.
Five years later, their paths unexpectedly cross. When he shows up with his eighteen-wheeler unannounced, Cash persuades Piper to head out on the open road to give him one last shot at love. But what should be a routine delivery across six states suddenly becomes an unforgettable journey when they save a woman with a broken past and discover that second chances are only for the lucky ones.
Thoughts
I almost didn't finish this one as I disliked the flashback beginning but I perceived as I did like the male narrative- it made a welcome change in New Adult! Cash was a great narrator, his life outlook was so positive and honest it was easy to get swept up with his impulsive decisions! I loved his witty character and how he got Piper to open up so easily. Piper was a more conflicting character and it took me awhile to warm up to her as she was obviously concealing a lot from Cash which made her behaviour through his narrative seem rude and confused.
I loved the supporting cast of Hudson and Big Dave. They were both such big personalities and had great influence over Cash. Hudson was such a supportive friend especially as a lot of Cash's ideas were out side of the box! Big Dave had interesting perspectives on life and dealing with issues but he was a great father to Cash.
The whole road trip aspect was interesting and filled with different characters and coincidences which made this book stand out.

I loved the characters and Cash's narrative just not a fan of the beginning!
Saving Quinton by Jessica Sorensen 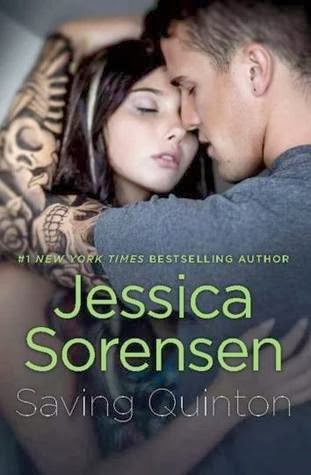 Nova Reed can't forget him-Quinton Carter, the boy with the honey-brown eyes who made her realize she deserved more than an empty life. His pain was so similar to her own. But Nova has been coming to terms with her past and healing, while Quinton is out there somewhere, sinking deeper. She's determined to find him and help him . . . before it's too late.
Nova has haunted his dreams for nearly a year-but Quinton never thought a sweet, kind person like her would care enough about a person like him. To Quinton, a dark, dangerous life is exactly what he deserves. And Nova has no place in it. But Nova has followed him to Las Vegas, and now he must do whatever it takes to keep her away, to maintain his self-imposed punishment for the unforgivable things he's done. But there's one flaw in his plan: Nova isn't going anywhere . .

Thoughts
I'm a huge fan of Jessica's Secret series so I was thrilled to get approved for Saving Quinton!
Firstly I highly recommend reading this series in order- I very rarely read series out of order and I wish I had read Breaking Nova first as it (obviously) set the foundations for Quinton.
I was expecting a complicated New Adult romance with Jessica's trademark gritty issues but Saving Quinton is a journey to recovery. Nova and Quinton had an obvious connection and chemistry but the story was based more on Nova trying to reach Quinton and help him. I found the portrayal of drug abuse very harrowing and realistic.  The way Quinton and Tristan lived was awful and the way they, especially Tristan, didn't realise and continued to make such risky decisions was realistic but at times hard to understand, Jessica's characterisation was brilliant as usual, making me love the side characters and their stories almost as much as the main story. I liked the dual point of view as it gave an insight into Quinton's downward spiral and how it had all began. I found his backstory full of misplaced guilt and it really explained how he had fall so far and why no one had made the same efforts as Nova had. I found Nova very dedicated and quite naïve. I admired how she stuck with her plan to help Quinton despite all the obstacles and objections. As for the side characters, I liked Lea from the start. I loved that she accompanied Nova to Las Vegas and tried to help her, I was also so intrigued by her life and her issues. Tristan was hard to like but he grew on me, he was an ugly addict but realistic. I look forward to more of his story.  The pacing and issues made Saving Quinton very easy to read and hard to put down! As always I was left with lots of questions but I look forward to more from the Nova series!