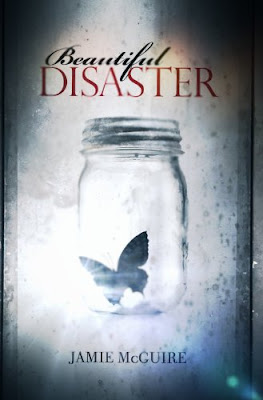 Good Girl. Abby Abernathy doesn't drink or swear and she works hard. Abby believes she has created enough distance between her and the darkness of her past, but when she arrives at college, her dreams of a new beginning are quickly challenged by the university's walking one-night stand. Bad Boy. Travis Maddox, handsome, built, and covered in tattoos, is exactly what Abby needs - and wants - to avoid. He spends his nights winning money in a floating fight club, and his days as the notorious college Lothario. A disaster waiting to happen...Intrigued by Abby's resistance to his charms, Travis tricks her into his life with a simple bet. If he loses, he must remain celibate for a month. If Abby loses, she must live in Travis' apartment for the same amount of time. Or the start of something beautiful? Either way, Travis has no idea that he has met his match. Or that this is the start of an obsessive, intense relationship that will lead them both into unimaginable territory...

This one has been doing the blog rounds! I requested it on NetGalley and got lucky again!
It's been described as like Fifty Shades of Grey which put me off a little but it was nothing like it. It was fun easy to read and hot!

I really enjoyed this book, once I picked it up I could not put it down! The chemistry was so good I had to finish their story.
It left me wanting more and I was hoping for a Shep/America companion book however I will have to settle for Walking Disaster- Travis' point of view! Think I'll manage :)
If you want a quick engaging chemistry filled read, I would recommend Beautiful Disaster!