Top Ten Tuesday is hosted by: The Broke and the Bookish.
This week's topic is: Top Ten Minor Characters

Check out my new header! What do you think of it? It's my very first homemade one :)

I love a well written cast of side characters so this topic is perfect for me! I've tried to vary my favourites between recent and older reads but it was hard as recent reads stick in my mind longer!
In no particular order as always!

Xander from Matched and Erin from Easy by Tammara Webber 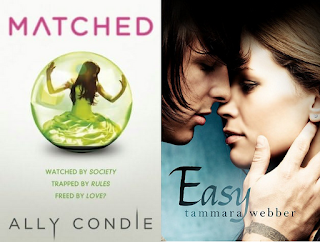 Erin
I loved her character, she was both stereotypical and surprising. As a sorority girl whose dating a frat boy you expect to read either a clever but shallow girl or an airhead with an inflated sense of self- Erin was none of these stereotypes! I liked her defence and encouragement of Jacqueline even in the face of harming her own relationships. I loved how she instantly signed them for self-defence classes and her enthusiastic engagement in them!  I would love to room with her at University, she'd be so much fun!
Xander
I named him as one of the things I loved most about Matched and if I'm honest I think I loved him more than Cassia! There was so much more to him than met the eye. He was perceptive, competitive, loyal but also observant enough to know who or what to be loyal to! Don't know if my opinion will change on reading Crossed and Reached but as it stands I find him to be a good solid male character with value and flaws! 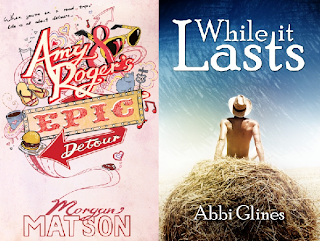 Briony
She barely had any 'screen' time but she really impacted me! I loved her sunshine attitude and I feel her and Amy could have been best friends judging from the way she changed up Amy's suitcase. I loved her family slogan of Get up Dress up Show up.


Jeremy.
I loved this guy! He was such a good brother and a fantastic support to Eva. I admired how his sacrificed a year of his life to be with her and grieve with her even when he was ready to move on. I really hope we see more of him!
Roar from Under the Never Sky and Finnick Odair from Catching Fire! 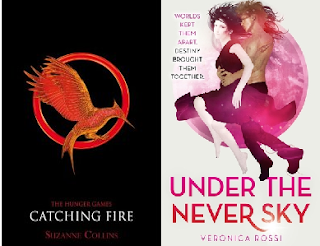 Roar
I loved Roar! He is such a genuinely nice guy. I liked the bromance and acceptance between him and Perry. I loved how he treated Aria so nicely and looked out for her. I loved his parallel forbidden love story with Liv. I'm excited to read more about him in the short story.
Finnick
I defy any one who's read The Hunger Games series to dislike Finnick! He was such a conflicted yet intriguing character. I loved him in Catching Fire with his bravado and teasing coupled with his genuine devotion to (name). I liked the development of his character in Mockingjay although it was harsh in ways. I loved his relationship with Katniss and Peeta, he seemed to get them as individuals and as a couple. His own relationship with Annie was so sweet I couldn't;t help but love them. 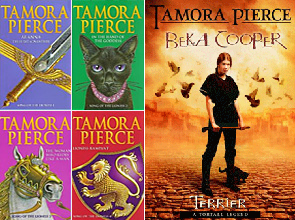 Jonathan.
Who doesn't love a prince? Especially a clever, heroic one! I loved how he grew from an arrogant boy to a mature balanced ruler who could approach situations level headed. He was probably the only character who was liked by almost everyone! I love his bromance with George who was his complete opposite! I
Rosto
I initially liked how much he reminded me of George, a witty thief! I loved how he treated his role as King as caregiver and did his best to keep his people feed. I loved how open he was especially as it annoyed Beka! I loved his affection for Beka- I really missed him in Bloodhound and Mastiff


Genie from Castle in the Air, Howl created by Diana Wynne Jones 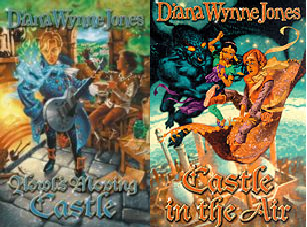 Genie/Howl
I love his attitude and snarky replies. He really adds to the book and leads  to his goal. The twist in the end is actually why I love him the most because it was glaringly obvious once you read it!
Howl was the quintessential useless wizard! He was a lady's man but incapable of looking after himself. Vain and cowardly but proved himself to be clever and heroic when necessary. The man gave his heart to a fallen star- how can you not admire and love that!


George Cooper, Neal, Raoul, Nawat, Kaddar etc by Tamora Pierce
I could probably do a top ten minor characters featuring just her books! So I tried to vary my two TP representatives :)


Let me know your favourite minor characters!
Much love!
Lettie!
Xxxx
Posted by Lettie at 8:00 am