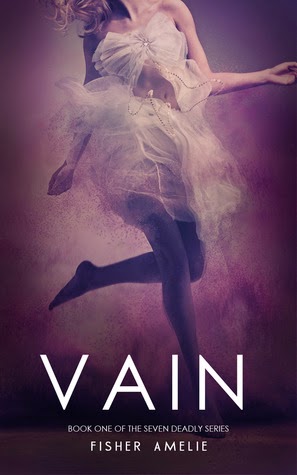 If you’re looking for a story about a good, humble girl, who’s been hurt by someone she thought she could trust, only to find out she’s not as vulnerable as she thought she was and discovers an empowering side of herself that falls in love with the guy who helps her find that self, blah, blah, blah...then you’re gonna’ hate my story.
Because mine is not the story you read every time you bend back the cover of the latest trend novel. It’s not the “I can do anything, now that I’ve found you/I’m misunderstood but one day you’ll find me irresistible because of it” tale. Why? Because, if I was being honest with you, I’m a complete witch. There’s nothing redeeming about me. I’m a friend using, drug abusing, sex addict from Los Angeles. I’m every girlfriend’s worst nightmare and every boy’s fantasy.
I’m Sophie Price...And this is the story about how I went from the world’s most envied girl to the girl no one wanted around and why I wouldn’t trade it for anything in the world.
First Impressions!
It wasn't quite what I was expecting but it was so engaging from the start!

What I loved:
Sophie- I actually adored Sophie, her character really grew and developed realistically throughout the book. Initially her actions did make her hard to like but she was clearly a product of her environment. Sophie was so self aware that you got a clear understanding of her rationale and her changing personality. I loved the way she got stuck in once she was in Uganda and how readily she adopted Karina and Charles. I loved her relationship with Ian, more on that below! Ultimately Sophie was 100% better than I expected, I found her a realistic flawed character who grew slowly into a more realised person with a great perspective on life.
Uganda- I loved the Uganda setting. It made the book so unique and brought up important messages and perceptions. I think the struggles and dangers of life in Uganda even for Sophie and Ian really made a difference to the usual personal or emotional issues of New Adult. I also loved that the book gave me a different perceptive and awareness of Uganda and the work of orphanages etc.
Ian- *sigh* I loved his selfless dedication to the orphanage and Karina and Charles especially as his background was revealed.
Relationship- I liked the slow tentative approach to the relationship between Ian and Sophie, it made it seem more realistic as they were initially so different to each other. I adored all the little things Ian had been doing for Sophie without her knowing like cleaning out the bugs from the shower- so sweet!
Side cast- I absolutely loved the children and staff at the orphanage, there were all so lovely. I especially enjoyed the individual personalities of the children. Karina and Charles were such selfless characters who had created such a beautiful and relatively safe home and environment for the children. I liked how non judgemental they were towards Sophie and really encouraged her to grow.  I loved Ian's brother and father, they were such good fun and very accepting and encouraging. From LA the only character I really liked was Spencer. I liked that he seemed to actually care about Sophie and treated her as a friend not an object. I look forward to reading his story. I also loved Penbrook, he was the father Sophie deserved, I liked how their relationship developed and Sophie recognised how good to her he was.

What I didn't love as much:
Parents- Sophie's parents were awful. Her mother was non existent I don't think she spoke one word to Sophie in the whole book. Her dad was just as bad using her as a commodity for his own gain. He did show interest in her life towards the end though so he was the 'better' parent... Ian's mother wasn't the most accepting either.
Blurb- I don't think the blurb did a great job selling the concept of the book very well. I've put the book off for ages bacuse of tha! no mention of the main setting! Even all the covers!
Rating!